Feet posi on the board 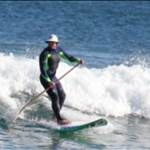 Hey . I am up and going both ways Winging on the foil and a little obsessed haha. Love the sport . I have been working hard on foot placement both feet on the centre line of the board, however I SUP surf with a far greater open stance (Goofy) without any problems . Ive had 10 sessions foil Supping in swell and also using the closed feet down the centre line. No biggy ,however Ive noticed video of mobs of relaxed oped stanced riders feet very natural spaced looking totality in control . Is there a reason thats not obvious before I form bad habbits that I cant use the open relaxed stance.? I should also mention my feet a wider placed than the comforable style I observing . Many thanks for any addvice as it seems not super natural and a bit like a stiff .

Just read my post back , laying in bed no coffee yet sorry for the ****ty grammer. Haha

How far wide your feet are is totally down to personal preference. Wide and narrow stances both have their pro's and con's. A wider stance is more stable as it forces you to bend your knees more which lowers your centre of mass, BUT, it is generally harder to be subtle when trimming the board's height - it's a bit all or nothing because you have to move your body/hips further to shift your weight forwards and back. It does give a much more secure feeling when cranking turns though.
A narrow stance just feels more relaxed and chilled. It's easier to make the subtle microadjustments for trimming pitch as you don't have to change your body position as much to alter your center of mass. If you listen to the Progression Project, quite a few of the top foil surfers admit that they actively try to develop a narrow stance partly because they like the feel of it, but also because its a style thing - they prefer the look of it. My take on it is to go with what feels right for you. Check out Keahi's foot positions on the video. He constantly changes it depending on what he's doing. For turns his stance is always wider. When winging, whenever I go for a real quick gybe to turn onto approaching swell I always widen my stance slightly and bend my knees more than usual. I reckon it's more important to have a wider stance for foil surfing (whether prone or SUP) than in winging as you can use the wing to support yourself to a certain extent. 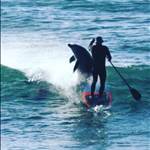 The poo stance is a common noob thing. As you develop your skills you look cooler

Cheers for the reply. It all makes great sense. I am frustrated at how little natural feel i have . Its a slow burn for me thats making me a bit crazy actually.

I find that "Hydrofoil Heaven" video above captivating!
Lokks epic... 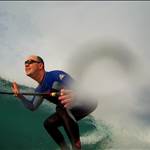 Love my NP medium wing. I know my stance is average. But was told I stand too tall & don't bend my knees enough.

But now when hitting a ton of speed when I drop down a fairly steep face I naturally squat low & my back foot goes naturally forward of the mast until I'm back in full control where I will stand tall with back foot over the mast again.
This also helps keeping my centre of gravity low with body weight forward & reduces the chance of falling backwards.

What I have found when squatting is that my weight goes forward & down on the front foot which keeps my foil down & from blowing out.
So when travelling & I find a trough in front of me or go over a second wave I will naturally squat again to point the nose of my board down to avoid a breach.

Try it on your floor in your foil stance then squat quick. You may find that more body weight falls on your front foot. It happens to me.
This also happens in a tight turn as the end of the wing will want to breach the surface which again will throw you off.

"Feet posi on the board" started by jgfoster