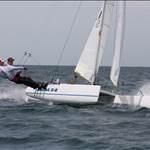 Hi,
I'm in the process of buy a second hand 14 ft board for the mrs. I'm after something that she can cruise around on in Sydney Harbour with its occasional chop and keep up with me. I realise a touring board could be best but would an old racing board suffice? I've noticed there a few advertised that are carbon and light (which is super important because I'll be carrying both of them!) I guess because they are not the fastest shape to race any more. Would this be too twitchy for her though?

She's a beginner paddler who can manage a Naish One inflatable on a glassy day and about 65kgs. One of the boards I was looking at was a Fanatic Fly Race 14ft x 28.5inch circa 2012.

I'd be keen to hear of any other suggestions if an old race board is not suitable, I'm not in any rush as we still have the inflatable to see us through. Basically an old design that is light, stable, 14ft for speed and good for touring. 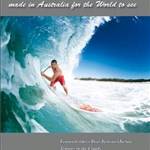 Yeah a old race board would be perfect and better than any touring board IMO.

If it is mostly flat water then try and get something with a displacement nose as the feeling of cutting the water will feel nice for her.

I think the Fanatic you are looking at could be more of a ocean board from memory.

"14' board for the wife" started by Reddo