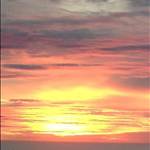 I have been riding it in flat water and in waves up 4', although when there are waves I surf long or short boards mostly. I have spent a lot of time on it in 0.5 to 2 ft waves.

For someone my size, I wouldn't recommend it as a beginners board, as it is bit tippy in chop when you are getting used to it and probably on the tippier end of boards in the 10 to 12' range. I started on a cheap Seak to get the SUP legs then moved onto the GL.

Now that I am used to the board and SUPing, I have been taking it out in stormy days (around 20kn on and side shore) up to 3ft+ and having a ball linking up sections that I would never make on any long or shortboard that I have, and the balance for surfing those conditions has come with practice.

It is a great board for what I am using it for - a bit of flatwater and small or crummy surf. I will be getting a 14'er to go fast on the flat and hopefully downwinding soon.

On the flat the board is fast as it doesn't push water, so great for paddling with anyone on a general purpose cruising board and has been pushed to almost keep in touch with racing boards when cruising around.

In surf the speed of the board is great for catching waves, easier than any other surf oriented board that I have seen or tried and the design handles late drops really well and is great for parallel takeoffs on faster breaking waves.

The relatively narrow outline means that it flies along waves. It cuts back well, does floaters and makes sections very well, but has a tendency to want to race the wave, so is not as "hot-doggy" as the wider shorter surfing SUPs that I have tried and seen, needing to be stalled, or brought back round into the pocket, with effort on the back foot.

I have used tri (high perf longboard), thruster(JL) and quad (JL) fins and gone to the JL thruster as I fell that the board gets too skatey under the quads and surfs flatter. I will eventually try a bigger centre fin to see if it pivots off that a bit, but am having heaps of fun on it as is.

If I wanted a dedicated surfing board for waves in the 3 to 6' range, I would probably go shorter and wider with more rocker to get more turns. But I don't want a dedicated surfing SUP or even to SUP those waves regularly just at the moment as I have other surfboards for that.

In the 0.5' to 3'+ range including fat and wind affected waves this board is fantastic. Its speed means that I can catch waves, float, cut back, re-enter, trim, even get a toe over very occasionally, and make sections on crap waves and not be too worried about angle of entry as it recovers well. It is a different experience to the other general purpose and surfing SUPs that I have tried and I find it really enjoyable. I am on it most days.