Hi All,
I'm looking to buy my first board and need some advice. Thinking about either the Naish Alana 10'6" or the Channel Islands Caddi 10' or maybe the 9'7". Will be used almost exclusively up in Noosa on the flat and some small waves. I'm just under 6 foot and about 80kgs. Had a lesson on a 9'10" All Wave that I found a bit shaky, but
having said that it was my first time in waves. For some reason I'm drawn to the Caddi, but if it's only good in the surf then maybe the Alana is the way to go. Thanks! 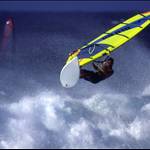 Naish boards are fragile. They are good to hang on your wall and look at. Not good if you want to actually use them and terrible if you fall on them. I fell on mine within the first few days of owning it, and the rail caved in. I fixed it. Then a year later it broke in half in small surf. I'm not rough on my gear either.

The 2015 Nalu 10'6 GT that I owned seemed to have a thin weak outer shell (others will refer to it fibreglass/resin, but on my board it was more of a coating, not anything else)

From now on I'd buy any other brand other than a Naish.

Unless you do just want to hang out on you wall, as they look nice.

I now have a new board from another brand. Tough as nails. I've fallen on it a few times, and no dings. Heaps better. Feels more solid also. 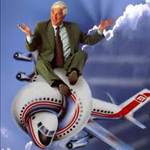 I have a 2012 Naish Nalu Gt 10'6 and am very happy with it.
Its great for flat water and waves and as its a performance shape tail you can take it out in larger surf if you choose.
I am 80Kg and 5'9 so should suit you fine.
My wife takes it out on flat water and loves it too.

I am not sure why AR's had problems it may be the batch or year model but you don't hear too many stories like that about Naish.
You will always hear the occasional problem about most brands.

I have bought 4 boards, 3 Naish and a JP - no problems (currently have 2 Naish and the JP)
Good luck 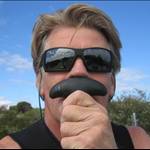 I've had three 10'6" Nalu's over the years and all have been excellent.. I also have many friends with them and they love them.. Sounds like ARichards got a lemon that should have been a warranty case.. It's an excellent board IMO..

Dj is the any reason why she shouldn't choose a fanatic fly?

The fly just always seemed bulky... fat chunky rails, no refinement in the shape and quite a heavy board. To cap it off the deckpad seemed to hold water and took ages to dry.

The nalu on the other hand is a great board. I still have it because it's great on flat water and perfect for giving newbys a try. I've also had it out in head high waves and while it was scary having so much board there, it performed awesomely.

The Alana is as tough as it gets being a GS model.i also had a problem with a GT but it was replaced with no question.
the 10.6 shape is great for waves and cruising ..it is fast on waves..and it would suit the noosa wave.
it would be a great first board at your weight .Longer boards over 10' paddle faster,if you are paddling any distance and the Nalu or the Alana 10.6 shape ,same board .track well

No. They look pretty good and I've heard that they're good..

I have owned a 10`1 Caddi and now a 10`6 Nalu, very similar boards in the end it came down to how far i had to carry them the Naish has a excellent
ledge carry handle but Surftech persist with the small old style grip with that silly security pin in the middle of it makking it hard to carry any distance specialy
with wet hands

Thanks everyone, looks like the Alana is the go. Should I stick with the 10'6"?

Thanks Tardy. I went with the 10'6" Alana and got the other half an 11' Nalu. Luke and John at Ocean Addicts in Maroochydore couldn't have been more helpful, a real pleasure to deal with.

Select to expand quote
Coco79 said..
Thanks Tardy. I went with the 10'6" Alana and got the other half an 11' Nalu. Luke and John at Ocean Addicts in Maroochydore couldn't have been more helpful, a real pleasure to deal with.

Well done coco .
You guys are gonna have a ball
Ready for action