I want the board to firstly surf well, secondly sup foil surf OK and lastly wingsurf on light wind days. I have another small dedicated wing board for winging.

The HNs I liked on the wave but found paddling them very slow. The Mob was really nice on the wave but the 105L was a bit challenging for me when rough. The 7'11 would be good at 120L. I can't see alot of stuff about the Smik mongrel and the Smik transformer looks like it only comes in larger 8ft + sizes with too much litres. I know nothing about the Slate or Naish surf capabilities. Anyone used them or have suggestions for another board?
Thanks 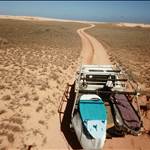 
This was made pre winging.
We need to make an updated version with winging 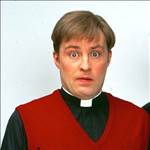 I am looking for a similar board, as you said I want it to surf well and then I would like it to be reasonably comfortable to windsurf foil on.

The next thing I would be tempted to try is to sup foil on it? But is sup Foiling much of a thing, do many people do it or is it just a gateway to prone Foiling? It also seems that dedicated SUP Foil boards are quite short, so would Foiling a 7'8 feel like a plank?

Probably after surfing and windsurf foiling I wouldn't mind a go at the wingding, again is a 7'8 board a bit of a plank on the wingding?

I know it's difficult for 1 board to do all these things, but would be so handy for trips (when you have limited space and a baby) but the mongrel looks to me the nicest shape for sup surfing, and not bad for a windsurf foil so would like to hear any advice on them or alternatives. I weigh 70kg

I also found another option called the fanatic bee

That Fanatic looks a nice option.

Tbh, I've gone off the idea mainly due to the weight of the boards. The all in one boards are 1 to 2 kgs more in weight. In sup surf a small chuck around board should be light. Wingsurf, the board really helps if it's light and short. I've ordered a gong inflatable Hipe 5'1 and will buy a used small fun surf sup. More boards in my quiver but more specific to the task and light!!