Unequal leg length and back injuries from paddling

Being an old fart at 67 and regular Sup paddler Bark 14 X 27 dominator love this board been paddling 3 times a week during COVID on the Port Hacking in the beautiful shire. I also teach Pilates to other old farts so know a little about anatomy, so what's been happening lately is my back around T 12 (lower thoracic )on RHS leg longer on that side is bloody saw. A bit of background first, leg issue mostly due to motor bike accident 50 yrs ago left leg compound fracture of Tibia, as you do at 16 and 9 months could get motor bike permit no tests Couldn't wait till 17 for car licence. I think I was lucky I knew a couple of guys who tragically died from the same scenario.
Back to the back - Put this back issue on ignore for a month or so till eventually my back starting spasms at around T 12. Had to stop paddling and Pilates classes were causing problems as well so stopped everything. Started swimming in cold water good therapy ? only problem was the back spasms got worse almost immediately after the swim to the point I couldn't walk to the car. Next step start seeing chiropractor making adjustments and amazingly feels heaps better, I struggle with resting half the reason I am posting this but hopefully I can back to normal soon.Now I realise that old age has fair bit To do with this also been doing exercises for leg length discrepancies as the chiro explained my spine has been compensating due to hips not level and causing extra wear and tear. So I have a few questions that I need help with from such a knowledgeable bunch.
Anyone uses a inversion table for spine problems?
How about a heel lift in a bootie on left leg?
Is this the end of my brilliant Sup career?
Anybody else have similar problems ?

Hi lozza ,I've have ruptured disc and had the spasm's not fun ...sometimes laying on your back is a must ,take magnesium ,Been good for me .
I also had good results with the bone cruncher ,he said don't you sit around ,get going and stay fit so your muscles hold them bones where i put them .So i think you should not stop SUP ,maybe wear one shoe .

and try different paddle lengths ,and bend your knees .try using your knees and legs ,rather than just your top half .

G'day! I have had lots of success adding an insert into one shoe, for leg length discrepancy due to back. For water sports, I bought some clear inserts off a US website (gwheellift.com). They were a bit expensive but worth it because I can use them at the beach and under the water and rinse them and they last forever. I layer them up to precisely the right thickness. I got the ones called "full foot lift" and I got enough packets of them to layer up to my required centimetres. I wish you good luck and many more years of Sup!

Having had a couple of ops on shoulders and major one on back. Took up supping, found prone too hard on body.
Scoured internet, watched videos even took a sup lesson to get my paddle technique correct to avoid problems. Nothing worked! Worked out my own technique, not textbook by any means, which worked for me, never looked back! I guess when your body is out of whack, you have to develop a technique which is out of whack to compensate.

Mayb its repetitive paddling ! Changing grip strenght and foot placement regularly during your paddles ! Or take up sup surfing theres not much repetitive strain ?? 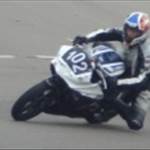 I am the same age as the post owner. Only been paddling SUP for about a year and a half.
I am currently experimenting with a foot bias, the same, but not as extreme as my surfboard stance, rather than right angle stance. Left leg forward in my case.
I found it more stable AND faster for me. It also allows me to paddle straighter for longer ( ie not have to swap paddles as often). I am a fair bit more flexible than most my age though.
With this stance, unequal leg length would be pretty much irrevelant.
It also eased the foot cramp I was getting. I think that is because the force into the board is no longer at a right angle , but a slight lead and trail angle, which takes the load off the toes and ankles a bit.
Note I do not swap front foot with paddle side, as I have seen recommended by some. I think most people actually have a natural bias anyway.
Note also the C1 paddlers paddle kneeling, and do not change forward leg, so it has a precedant.
Worth a try for a left field solution. Costs nothing to try it. 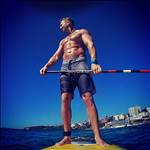 I'm only 45 but have lower back issues from playing a heap of sport in my younger day. Also did shift work for many years and much of it was seated in a car for long hours. The key for me to keep everything loose and moving is always walking. At least 45 to 60 minutes every morning. Just basic movement to keep everything moving as it should. If I don't do it, I stiffen up and get a lot of pain

Yeah thanks guys some great advice , proceeding with recovery been ocean swimming without a wetsuit the stretch from swimming plus colder water good therapy I think. Not rushing back can still feel the problem spot also started 15 mins of Mild Pilates Regularly fighting the ravages of old age.

"Unequal leg length and back injuries from paddling" started by Lozza4