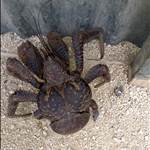 Has anybody surfed these two boards to compare. (The older Whopper without the channels in the tail). I have used both in small and wobbly water conditions once. Whopper felt a little more stable and but not as responsive and the wedge the opposite. They are big boards so response is relative to their size. Just like to get others opinions. thanks

I've not tried a Whopper, unfortunately, but I do own a 10'2" Wedge. Looking at the dimensions - (34" vs 32", tail 18.5" vs 16.6") - your observations make sense. Having said that, I cannot imagine a board more stable than my Wedge. I've been out on it in truly terrible strong onshore conditions with constant foamies from multiple directions and a backwash to add to the washing machine. The wind can be so strong that just walking to the water with the board is a struggle.

It took me 3 session on flat water to get fully accustomed to it. As long as you are standing near the middle of the board in a semi-surf stance or the "Colas fencing stance", the board is very stable when waiting for waves. I am even practising switch stance with it - something that I would have never considered trying on a prone surfboard. My very first session on the board was a bit of a disaster though. I was so excited about getting it that I could not wait and went out in really bad conditions. It was a huge struggle and a knock down in confidence. But readjusting my stance and the 3 flat water sessions mentioned previously did the trick. What I am trying to say is to not judge the board based on one session.

The corkiness in onshore bumpy conditions makes me think about a board with less volume in the future, but a Whopper won't solve that problem and it is manageable, yet tiring. Depending on your weight and use, I would think about going to a smaller Wedge. A 10'2" makes sense for me because we don't always get waves, so I can flat water paddle it in those times.

Has anyone compared the glide.or earlier wave entry differences between the Wedge 10'2" and 9'2" ?

Looking for a board that handles chop ok but gives me a more relaxing session than my 7'11 Cotan. A SB 10x31 longboard is also on my radar however not sure how well these go in choppy Atlantic swell.

Thanks in advance. Jules

jooles. I am no expert but 10'2" for you would be a lot of volume in the surf. Flats no problem but the board mostly is a surfing SUP.

Hi
Many thanks for that.
At 78kg probably the 10'2 is a little large and I hear the 9'2 has pretty good glide.
Am also interested in the 10x31 SB longboard too as hear good reviews although not sure how it would go in choppy conditions that the Wedge may be better suited to ?
Cheers.
Jules

Mate, I bought a 9'2 Wedge about 4 months ago and I love it! At 75 years and 70 kg I wanted something stable for those choppy days, easy glide and still manoeuverable. The Wedge does it with ease. Great glide and so easy to turn off the tail, but you don't have to stomp back to work it. Plus when you paddle back out and hang around waiting for a wave or for your turn it's super stable so you can chat to mates without having to continually paddle. At the end of a session I still feel reasonably "fresh". At my age that usually means I can still stand and talk! Get one...you won't look back.
Cheers, Jimbo.

I started on a Whopper. It was great. As I got the hang of catching waves the big round nose just felt like an aircraft carrier. Unpearlable. Going back out was a challenge as it got knocked back by whitewater. I got a 10 6 Widepoint. So much better. Still my favourite as it catches waves yet you can paddle distances and balance on choppy water while waiting. A wedge is probably just a different colour widepoint with a lot of marketing fluff extolling its wonders which only an expert might notice. Go second hand and save yourself $2000 or find a carbon one for half cost of a new ....84 kg